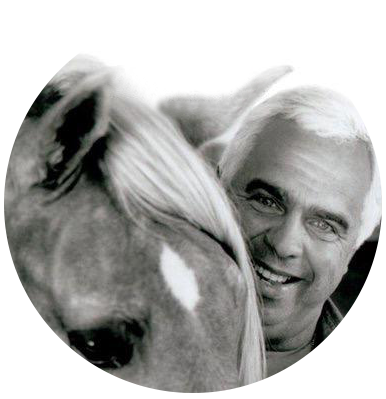 1974 – Obtained the 1st planning permission to build a riding and training centre for tourism purposes.

Feb.1975 – mid 1977 – In Spain, specialised in the organisation and orientation of tourist groups.

Mestre-Picador of the Portuguese School of Equestrian Art

Advisor for the Municipal Tourist Board of Vila Franca de Xira

Technical Manager of the ‘Royal Horse Gala’ – a group of 4 academies with approximately 40 horses and 20 riders, aiming at the promotion of the Baroque horse (From 1996 until 2002)

Technical Advisor for the A.P.S.L.

August 2002 – Awarded the Title of ‘Patron’ of the Equestrian Show Academy of Versailles.

June 2003 – President of the 15th Edition of the International Festival of the Lusitano. During this festival a Tribute to him was made and the was awarded the title of “Cavaleiro Honorário da Escola Portuguesa de Arte Equestre” “Honorary member of the Portuguese School of Equestrian Art”

Luis began riding in 1951 at José Mota’s yard in Lisbon. He was taught his first lessons by Emilio Mota and carried on at the former Colégio Infante de Sagres which was owned by his Godfather and mentor, Fernando Ralão. The latter was the biggest influence in Luis’ passion and consequent choice of life.

After the teachings by Mestre Mota and the experience gained with the aid of Fernando Ralão, Luis was privileged to be taught by the last ‘Picador Real’, D. José Manuel da Cunha Menezes. He then went on a placement at the yard of Póvoa de Sto Adrião, under the instruction of Mestre Nuno de Oliveira.

In 1963 Luis started to train horses professionally at the Infante de Sagres Yard. After this yard closed down, he continued his work at the Alameda das Linhas de Torres Yard (Lumiar) which also belonged to his godfather.

He trained a great number of horses and riders until 1975. Some of the riders that began their art with him are now placed in the main riding centres in Portugal and elsewhere. Many belong the Portuguese School of Equestrian Art, of which he is a member since it was formed, in 1979.

From 1970 to 1975, alongside his work at the yard in Lumiar, Luis supervised the creation of the ‘Aroeira’ country club in Lisbon. He also gave his full co-operation to Mestre Nuno de Oliveira when the latter created his new yard ‘Quinta do Brejo’ in Malveira. During many years he managed the ‘Coudeleria’ yard in Cartaxo, belonging to Francisco Ribeiro.

From February to September 1975 he worked at the ‘Real Escuela Andaluza’ in Jerez de la Frontera, Spain, where he displayed and promoted the characteristics of the Lusitano – teaching the methods and secrets of Traditional Portuguese riding.

Meanwhile he was asked to create and manage a new Hipic Centre in a Tourism Club in the Canary Islands – The Tauro Country Club (Porto Rico de Gran Canaria). In January 1976, this was awarded the Annual Prize for Tourism, a result of his effort and the achievement of this grand project. He had under his supervision a group of 24 horses with weekly shows with the participation of 8 riders.

On returning to Portugal he was invited to become a part of the then recently founded Portuguese School of Equestrian Art which subsequently went under the control of the Ministry of Agriculture from 1979 onwards.

From 1979 to 1997 he took part in all the activities and demonstrations put on by the Academy, and although today his commitments with the Centre Equestre do not permit him time to take part in the everyday activity of the Academy he continues to be na Honorary member, from time to time taking on a particular horse for special training.

From 1981 to 1983 he devoted himself to setting up the Centre Equestre de Leziria Grande, a highly prestigious project in Vila Franca de Xira, at the heart of the horse breeding area in Portugal, a region which is green and then largely unspoilt. This project was created exclusively for horses and all the disciplines associated with it. Work began in earnest in 1983, the like of which had never been seen, a cultural heritage of highly trained horses and equally highly trained riders, both of which hailed from the four corners of the earth. Today the Centre Equestre de Leziria Grande still maintains its original inspiration and the calling of those early days. Proof indeed that the love of horses is worthwhile.

Luís Valença Rodrigues, who worked during a lot of years with the famous “Mr. Nuno Oliveira” is recognized today as one biggest contemporary trainers of Iberian Horses.

At home in the “Centro Equestrian da Lezíria Grande” situated in Vila Franca de Xira – Portugal, he teaches the classic horsemanship with the horses and riders who come from the four corners of the world.

With his classes he reveals his perception of the nature of the horse and demonstrates by specially adapted lessons how to get a strong basis for classic horsemanship, he presents methods of work to leading to Mastery of High School. 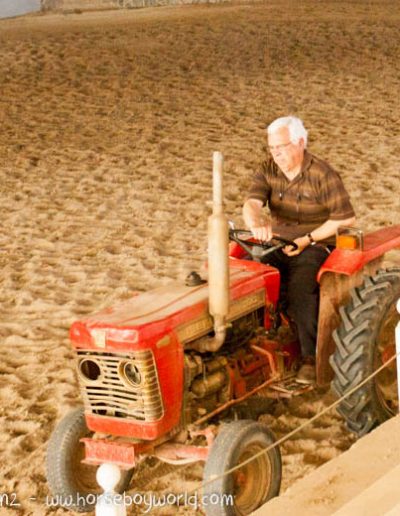 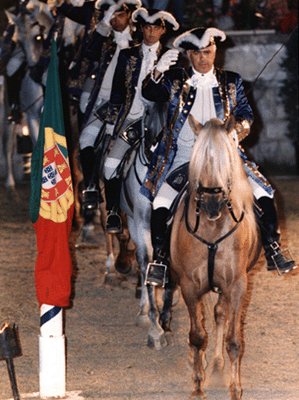 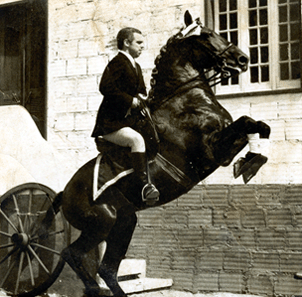 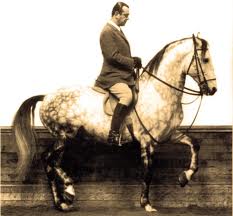 The Centre Equestre da Lezíria Grande, as Ambassador for Portuguese Equestrian Art, and Promoter of the Lusitano Horse, belongs to an organisation called “The Royal Horse Gala”. Since 1996 this organisation has presented Shows in over a dozen countries, with a profound cultural content. The Shows have been staged in all the main venues in Europe, and are for the general public. Mestre Luis Valença was this Technical Director.

He is currently collaborating with journalists and publications from various countries, for example with Mette and Jan Lindblad jr. They are great enthusiasts and the principle exponents of the Lusitano horse in Sweden.

Today we see the launch of a new phase of foreign tours, named “Passion for the Horse” APASSIONATA a completely new show, with new technical effects and choreography, a veritable Equestrian Ballet.